Chapter 2: Review of the Effects of Marital Conflict on Academic Development of Students

Chapter 4: Analysis of Results and Test of Hypotheses

The research used the survey method, hence, in chapter four, we presented the data in a tabular form and analyzed them using mean rating. Hypotheses stated in chapter one were tested using the Chi-square statistic for samples and all the null hypotheses were accepted at a 5% level of significance.

Furthermore, the findings positively affirm that marital conflicts have effects on the psychomotor development of senior secondary school students in the following ways: it leads to poor attendance to lectures, students’ mobility and referrals for behavioral problems, suspension from school as affected students show behavioral problems, and students’ unwillingness to experiment with new concepts.

Also, it was found that marital conflicts have effects on the cognitive development of senior secondary school students in the following ways: it leads to various learning difficulties, imposes temporal interruption in the learning process of students, leads to lack of learning materials as parents of such homes suffer from insufficient income to buy materials for their ward, affects students’ class participation, leads to examination malpractices and affects the student’s long-term academic achievement.

It was also gathered that marital conflicts have effects on the affective development of senior secondary school students. According to the research findings, marital conflicts lead to poor socio-emotional development which affects academic performance. It also leads to students’ anxieties, students’ loneliness, and students’ depression and stress, all of which affect academic performance.

Finally, using Chi-Square statistic, the research found that there is no significant difference in the opinions of male and female teachers over whether marital conflicts have effects on academic development, psychomotor development, cognitive development, and affective development of students in church-administered Senior Secondary Schools (S.S.S) in Umuahia Education Zone, Abia state.

5.3     Contribution to the Knowledge

The primary aim of the researcher in this study is to evaluate the effects of marital conflicts on the academic performance of students from a new perspective. So far, most studies on marital conflicts have focused on children with a concentration on divorce. Some of these studies use government schools and focuses on subjects’ scores or grades as a criterion for the academic performance of students.

In addition, the responses from the survey validate the following contributions to the body of knowledge:

Based on the results obtained in the study, the following are recommended.

Church-administered secondary schools were believed to offer high-quality education with the inclusion of moral standards among students. The high demand for church-administered secondary schools is because of their academic standard and at the same time they provide programs of study, devotional life, and practical experience for students to prepare themselves for the future with grounded knowledge. This is to fulfill the purpose of education which finds its relevance when students can learn and implement their knowledge in everyday activities as well as find solutions to societal problems. One of the major purposes of education is to motivate, equip, and enable the students to develop their gifts and give their lives in meaningful service (Ukpong, 2009; Kinsler, 1983:1-5).

It is important to know that these findings coincide with that of Whitemarsh (2008:145-155) who found that educators are often the first to notice a behavior change when a family is in transition. Teachers have observed that some students from conflict-driven homes may show decreased functioning in academic performance and display oppositional behavior, or signs of anxiety and depression. The results showed that marital conflicts lead to anxiety, loneliness, depression, and more, which affect students’ academic performance. This observation is consistent with Smith (1999:111) who argues that the range of feelings that a child may encounter include; disbelief and denial, sadness, loss, loneliness, depression, anger, anxiety, fear, relief, and hope. Responses to these feelings often affect children’s performance.

Furthermore, the study found that marital conflicts lead to students’ poor attendance at school. This finding is in line with Biblarz (2000:533) who conducted a study to compare the academic performance of children of divorce with children of widowed mothers. His findings conclude that children of divorce were less likely to complete high school, attend college, or attend graduate school than children of widowed mothers. This finding is also supported by McLanahan and Sandefur’s study of 1994 which found that children from divorced homes were two times as likely to drop out of high school than children from two-parent homes. The study equally found that marital conflicts lead to students’ various learning difficulties and affect the student’s long-term academic achievement. These findings are in agreement with other studies such as those of Astone & McLanahan, (1991:145-157); and Teachman, Paasch, & Carver (1996:773-783), who argued that children with divorced parents score lower than children with continuously married parents on the measure of academic success. Likewise, Hurlock (2004:55-67), reported that the temporary absence of either parent could be damaging to children than a permanent break. He added that such a temporary break for a child could be stressful and affect their concentration and academic performance.

The study also found that marital conflicts lead to a lack of learning materials as such that parents suffer insufficient income. On this, Erel & Burman (1995:108-132), argued that parents in a dysfunctional marriage are likely to be distressed and distracted by conflicts with their spouse that they cannot afford to invest their time, resources, and energy in their children. Moreover, this study found that marital conflicts lead to student mobility and referrals for behavioral problems. This finding is in line with other studies. It has been shown that inappropriate parenting style worsens parent-child relations and leads to juvenile delinquency. Buehler and Gerard (2002:79-92) support this view by stating that adolescents from single-parent families were involved in higher rates of delinquent behavior and that minorities from single-parent families were especially more likely to be involved in certain types of delinquency than were other students.

Adesulu, D. (2016), Education in Nigeria: The Problem’s with Quality, not Standards, Vanguard, October, 16.

Biblarz, T. (2000). Family structures and children’s success: A comparison of widowed and divorced single-mother families. Journal of Marriage and the Family. 62, (2), May, 533.

Brimble M and Stevenson-Clarke, P, (2005). Perceptions of the prevalence and seriousness of academic dishonesty in Australian Universities. The Australian Educational Researcher.

Coffman, S.G. & Roark A.E. (1992), A Profile of Adolescent Anger in Diverse Family Configurations and Recommendations for Intervention, The School Counselor, 39, 211-216.

Dawson, Patrice. (1984). The effect of the single-parent family on academic achievement. Review of Related Literature. July, 3-12.

Ejide, B. (2006). “A predictor of adolescent socio-emotional development and consequent academic achievement”. Akubue, A. U. (Ed) Internal Journal of Educational Research. 1(1) 1-11.

Ezeike, E. A. (1998). Single Parenthood as it Influences Maladaptive Behaviour in Students. Journal of the Counseling Association of Nigeria. The Counselor 16(2) 72-76.

Filani, T.O. (1985). An Experimental Study of communication skill training and Cognitive restructuring on the marital adjustment of some Nigerian couples Unpublished Ph.D. Thesis, University of Ibadan.

Ghazarian, S., and Buehler, C. (2010). Interparental conflict and academic achievement: An examination of mediating and moderating factors. Journal of Youth and Adolescence. 39: 23–35.

Grugni, A. (2004). Preparing for Marriage: A Comprehensive and Practical Guide for a Happy Married Life. Mumbai: Better Yourself Books.

Kelly, J. B. (2000). Children’s adjustment in conflicted marriage and divorce: A decade review of research. The American Academy of Child and Adolescent Psychiatry, 39(8), 963-973.

Mundek, C.F. (1980). The effect that the change in status from an intact family to a single-parent family has on adolescent behavior and high school performance. Dissertation Abstract International. 41(3): 119 – 129.

Owuamanam (2005), in iProject Master. A Survey Of Examination Malpractice Among Secondary School Students. Retrieved May 22, 2015 from http://www.iprojectmaster.com/EDUCATION /final-year-project-materials/a-survey-of-examination-malpractice-among-secondary-school-students.

Raver, C. C. (2014). Exposure to Aggression between Parents can interfere with a Child’s Ability to Regulate Emotions. Retrieved from http://steinhardt.nyu.edu/site/ataglance/2014/09/fighting-parents-hurt-childrens-ability-to-regulate-emotions-finds-study-by-psychologists-at-nyu-steinhardt.html?utm_source=prnewsletter&utm_content=fighting-parents-hurt-childrens-ability-to-regulate-emotions-finds-study-by-psychologists-at-nyu-steinhardt&utm_medium=emaildirect&utm_campaign=oct2014]

Rodgers, B. and Pryor, C. (1998), Parental Divorce and Adult Psychological Distress: Evidence from a National Birth Cohort: A Research Note. Journal of Child Psychology and Psychiatry and Allied Disciplines, 38, 867 – 872.

The Guardian (2016), Poor Education and Nigeria’s Future, Editorial Board, March, 13.

This questionnaire is designed to elicit data for research purposes only. Kindly complete the attached questionnaire terms as entitled below for the conduct of research in pursuance of a Master’s Degree thesis. Your response will be treated with the utmost confidentiality.

Thanks and may the Almighty God bless you

Please, fill in the following information:

Please, tick (√) in the appropriate column that best describes your opinion in each statement of the options. 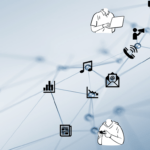 What is Word Processing Software: A Definitive GuideWhat is Computer System?Introduction to MS Excel