Information evolution and information transmission are key aspects of information technology that should not be overlooked. Beginners need to understand them. In this article, we discussed the two topics.

What is information Evolution?

Information evolution could be defined as a process of changing from simple techniques of data and information processing to complex and advanced methods through inventions and innovations.

What is Information and Communication Technology (ICT)?

The invention of Printing

The invention of Radio and Television

Radio and television were major agents of social change in the 20th century. It opened windows to learning other peoples’ cultures. It also brings distant events directly into the homes of millions all over the world.

Television is based on the principle of successive transmission of frames by means of scanning. The first television sets were commercially available in 1930. Today we have a digital television which uses digital technologies that allow a better quality of the TV image.

The Invention of Computer

The ideas of many scientists and engineers led to the invention of the computer. These ideas were developed in the 1930s and 1940s, mostly independently of each other, in Germany, Great Britain, and the USA, and were turned into working machines. The computer started as an abacus, invented in Babylon in 3000BC.

In 1617, John Napier of Scotland invented logarithms, a system that shows how to divide by subtraction and how to multiply by addition.

In 1886 William Burroughs developed the first commercially mechanical adding machine that was successful. The advent of modern computing began in 1930. The table below summarized each invention, date, and description.

The Link between Computers and ICT

ICT is about the use of computers and their applications while computers are essential devices necessary for the deployment of ICT.

Computers (hardware and software) enable users to access, store, transmit, and manipulate information in the field of ICT. Almost everything we do in this age involves information and communication technologies (ICTs).

At the heart of ICT is computers including, microprocessors in mobile phones, personal computers, large internet servers, and mainframes.

Knowledge of ICT simply teaches one how to use the computer system and installed applications to perform tasks.

Knowledge of computing teaches one how to design computers, the architecture, and how computers work.

What is Information Transmission?

Information transmission is the process of passing information from the source end to the receiving end. It could be defined as the physical transfer of information from point-to-point or point-to-multipoint in a communication channel.

The channel could be copper wires, optical fibers, wireless communication channels, or storage media. The data transmitted are represented as an electromagnetic signal, such as an electrical voltage, radio wave, microwave, or infrared signal.

Identify the ancient methods of communication still in practice in your area and communicate same in the comment section or the forum.

The modern methods of information transmission usually use electronic communication channels. Below are some of the popularly known methods.

Classification of Means of Information transmission

There are two major means of transmitting information, namely: electronic and non-electronic.

When information is transmitted from a source to the destination, the receiver of such information could receive it in any of the following modes:

The Concept of Data and Information for Beginners 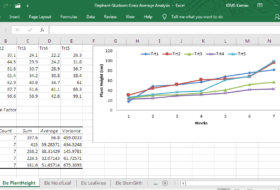 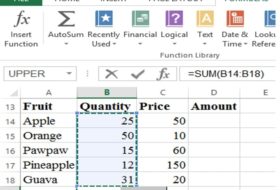