The Rope that Hangs

He reached out for the dangling ends of the rope of his kaftan trousers. He pulled the entire length out. Holding a small length of it in between both hands, he pulled it tight.

He smiled to himself and nodded twice. This smile was pale. His smile was fake – that kind that can only come from the facial muscles not anywhere near the heart.

He quickly twisted the rope to increase its strength and made two knots at both ends. He got a stool and checked an old iron lamp-holder fixed to the wall.

He touched and vigorously shook it. The lamp-holder wasn’t strong enough for this adventure. Disappointed, he looked for the one opposite it but he got the same effect.

He dismantled the ceiling fan with a pen-knife nearby. Its hook seemed to be a perfect description of what he was looking for. He placed the pieces of the loosened fan by the corner of the room.

He took another look at his room with his eyes intently gazed at a plaque of an award he won in school hanging on the wall.

This has hung there with so much pride to him. Today, it made no sense or meaning to him. He had come at wits end. It was over. He took another passionate look like someone bidding a final farewell to the room that hosted him.

He ascended the stool and fastened his rope to the fan hook. He took a deep breath, pulled the noose round his neck, gave a loud laughter and kicked the stool.

Uche had battled with depression in the passing weeks and months. He had tried to brave it up but that did not help. He made attempts to share his mood and feelings with his peers but most laughed him up.

His pastor attributed it to spiritual attack. He went through a cocktail of praying and fasting sessions but none brought permanent succour. They later gave up on him. No one paid detailed attention to him. He couldn’t muster trust to reach out again.

He recalled how Ike, his best friend, scorned him over a past failed relationship. “There are many fishes in the sea…” he teased him.

“…why kill yourself over this babe? You are a fine guy, intelligent and with a beautiful world before you” Ike did not take time to understand the pulse of his mood or reason underpinning it.

When he mustered enough courage to see a Psychiatrist, the label he would earn from the society weakened his steps. He, sort of, overcame this and dragged his feet – the longest walk of his life – to the Psychiatrist.

To his chagrin, the doctor felt he wasn’t sick enough to warrant his time. He really, in his own words, “… needed patients with real psychosis and not lily-livered, love-stricken/hungry young men”.

Uche left that clinic more depressed than he was when he stepped into it. “What a world…” he wondered aloud. His eye balls were engorged with tears. His heart was heavy that he could feel its weight in his chest. He severally swallowed the lump rising in his throat.

Sadly, none of his friends could notice that the once lively Uche was getting more withdrawn and a bit apprehensive with crowd.

His voracious appetite went south. Meal times turned to movie times – where he sat for hours keeping watch over his meal as it simmered to ice. He barely called home – his family assumed he was well.

Just Be You, You! 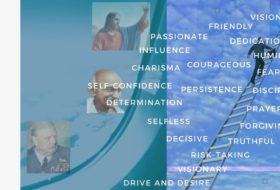 Qualities of a Good Leader: Leadership Traits to Succeed In 2020 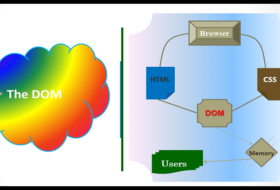