In this article, we are going to discuss computer viruses in detail. We shall consider the following:

What is Computer Virus?

Computer viruses are small software programs that are designed to spread from one computer to another and to interfere with computer operation. It is a malicious software program that can self-replicate itself on computers without the knowledge of a computer user. Viruses are spread only when their program codes are activated or executed, hence, viruses cannot spread by affecting pure data because pure data are not executed.

In the course of using the computer and the internet, one’s system may contact computer viruses. These viruses may corrupt or delete data on your computer, use your email program to spread itself to other computers, or even erase everything on your hard disk. Computer viruses are often spread by attachments in email messages or instant messaging messages. This is why it is recommended that you should not open email attachments from an unknown source.

computer viruses can be disguised as attachments of funny images, greeting cards, or audio and video files. It can also spread through downloads on the Internet. They can be hidden in illicit software or other files or programs, especially, free software you might download. It is important to note that viruses do not attack hardware but software.

A computer worm uses security holes within networks to replicate itself. Worms are programs that can run independently and travel from machine to machine across network connections; worms may have portions of themselves running on many different machines. Worms do not change other programs, although they may carry other code that does, such as a true virus.[1]

Once infected, the worm may send itself to everyone in your address book. Because of its ability to replicate and spread itself, worms expand extremely quickly and can slow down the computer by using all the memory available to a computer or a network. Worms operate in a network environment.

File infector viruses infect files in the computer. It is a commonest type of virus and can cause considerable damage. It adds virus code to the regular programming code within program files. So, when the infected program is run, other program files also get infected. They can also operate as email worms and Trojan horses. Some examples include; Jerusalem, Cascade, etc.

This type of virus changes the paths indicating a file’s location. In this case, when the infected program is executed, you will be running the virus program unknowingly, since the virus has moved the original program and file to another location. This, therefore, makes it impossible to locate the moved files.

One of its distinguishing features from viruses and worms is that it is non-replicating. However, they often appear as attachments or programs with attractive names that will entice you to open them. Virus makers use Trojan horses to trick users into installing viruses on their computers.

A logic bomb or time bomb is a specific type of Trojan horse that executes when specific conditions occur. Conditions that may cause the execution of logic bombs or triggers for a logic bomb can include a change in a file by a particular series of keystrokes, or at a specific time or date.

The sleeper virus exploits private information stored in a computer. It generally steals personal and financial information from private and corporate networks. According to MacDailyNews, the virus is suspected to have spread to more than eight million computers, and industry analysts believed that it is one of the most serious infections they have ever seen.[2]

This computer virus infects .EXE files (Executable files). The virus is usually loaded into memory when an infected file is executed, it then affects the computer’s runtime operations and corrupts the program of overlay files.

The virus manipulates the file allocation table and swaps file names so that files are slowly lost. The virus also infects .exe files and increases their size by 1,560 bytes. One hour after activation, the virus displays this message in a flashing box: software copies prohibited by international law box 1055 Tuscumbia Alabama USA.

Also known as Christmas Tree or CHRISTMA EXEC was spread in December 1987. The worm displays the EBCDIC character art of a Christmas tree and forwards itself via email to other users if activated. In 1999, it appears in mailboxes claiming to be a message from the last infected user.

The body of the email will read “This document is very important and you’ve GOT to read this!!” if you open the .doc file, your computer would be infected and the payload would trigger on December 25th displaying a message like:

You Dare Rise Against Me…Human Era is Over, The CyberNet Era Has Come!!!

It also inserts randomly colored blocks in the current Word document, finally, it formats the Hard disk on the next reboot.

Other examples of computer viruses

The computer can be infected by viruses through the following sources:

Downloads: Another popular way of spreading viruses is through internet downloads. Since there are lots of free software to download on the internet, most of these programs pretend to do something else while attaching viruses that can harm the computer.

The following are signs and symptoms of a virus attack on a computer.

To help avoid computer viruses, it’s essential that you keep your computer up to date with the latest updates and antivirus tools. Also, ensure that you always update your virus definition database. You can use any good antivirus software that is system friendly (does not slow down your computer).

A computer manager is someone who manages the computer system in an organization to ensure that users do not experience problems working with the computer. They plan and direct functions relating to information and communication technology, programming, data processing, and system analysis in an organization.

A system analyst is a professional that specializes in designing, analyzing, modifying, and implementing information systems to ensure their compatibility and user effectiveness.

A programmer or software engineer is someone who writes or develops computer software.

A computer educator or teacher or instructor is someone who educates students in various information technology (IT) related fields.

These are individuals who work with computers on a daily basis and partakes in a number of activities relative to such operation. They enter data, process data maintains the confidentiality of data, maintains the computer and its accessories, and solve minor computer-related problems.

Computer professional bodies and their functions 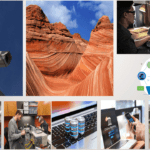 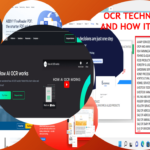 How Does OCR Work: A Definitive Guide to OCR Technology 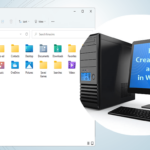