In 1896, the British Mathematician, Karl Pearson introduced the Pearson product-moment correlation formula for estimating correlations. The correlation coefficient, when computed, returns a quantitative number between negative one (-1) and positive one (+1). Values within this range are used to interpret the results of the coefficient of correlation.

Meaning of coefficient of correlation

In econometrics, when two variables are assumed to be related, we usually plot a scattergram. This scattergram helps us to reveal the nature of a relationship. There are three possibilities in a linear regression model:

A typical example of a scattergram is shown in the figures below.

Before you compute the correlation between two variables using Pearson’s r, you can plot the data using a scattergram. Software such as Excel, Minitab, SPSS, Stata, etc can help you achieve this.

Uses of coefficient of correlation

The results obtained from calculating the correlation coefficient can be interpreted as follow:

However, the Department of Political Science of Quinnipiac University has made these interpretations easier with a meaningful tabulation. According to them, the results can be interpreted as follow:

Assumptions when using the coefficient of correlation

Calculate the correlation coefficient between investment expenditure and profit from the year 2006 – 2012. The data is given in the table below.

The coefficient of correlation is given by:

where x and y are the sample means of X and Y,

and sx and sy are the sample standard deviations of X and Y.

This can also be written as:

If x and y are results of measurements that contain measurement error, the realistic limits on the correlation coefficient are not −1 to +1 but a smaller range.

Therefore, there is a very strong positive relationship between investment expenditure and profit.

Using a linear regression model, find the coefficients of income and consumption in the observations for both variables tabulated below:

Therefore, the model is given by:

b. Test of significance

The Excel output for the above regression model is given below.

From the results of the table, we can observe that the p-value of the intercept is 0.457 telling us that it is not significant at 1% while that of the coefficient of income is highly significant at 1%.

c. the confidence interval estimation is given as follow:

The coefficient of correlation is used to determine the strength of a relationship between two variables. You can compute the result using manual and computer software. Manual method can be used when the observations are small. When observations are much, it is better to use any of Excel, SPSS, Minitab or any other statistical software 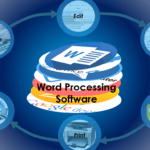