If you plug in the term “theory of the mind” in Google search engine, you will see millions of results. None of these results teach us the relationship between these theories and creativity. And none explains the creative theory of the mind.

We know that this consciousness is brought about by the brain through the Central Nervous System.

In discussing the theory of the mind, we attempt to explain the relationship between the mind and the body. Especially, how behaviors are formed. These behaviors emanate from feelings, emotions, perceptions, thoughts, and consciousness.

However, in this study, we want to highlight the benefits of these theories to creativity and creative thinking. In order words, deducing creative theory of the mind from them.

Creative Theory of the Mind

One question you will ask yourself in this study is:

How best can the application of this theory enhance my creative thinking and creative ability?

In our previous post, we looked at physicalism school of thought. In today’s study, we shall look at monism. Monism states that the mind and body are the same entity.

Generally, these theories serve their respective purposes. Our concern is to show you how to apply them in order to boost creativity. Hence, the term, creative theory of the mind. The study will enhance creative thinking and chances of success.

Before we continue, let us look at the brain from what we have learned so far. We know that the brain is the physical, material or the hardware part.

This is because it has components such as the thalamus, pituitary gland, cerebrum, and more. These components perform their individual functions to maintain the body system.

We also know that the cerebrum is the center of emotion, thought, and creativity. However, in labeling the components of the brain, the mind was not defined.

Also, the sympathetic innervation diagram did not show any labeling of the mind.

Scientists have attempted to differentiate the mind from the brain by labeling it as the non-material, non-physical or software part of the brain. The impact of the mind is felt by the whole bodily system as shown in the sympathetic innervation diagram.

Oneness of the Body

The former is known as MONISM while the latter is called DUALISM.

We discussed the physicalism school of thought in our previous post. Other schools of thought under monism include idealism and neutral monism.

Idealism: The birth of creativity

While materialism relied on the physical explanation, idealism does not believe in the physical substance. Idealism believes in the existence of the mind or mental state only.

According to idealism, if a physical world exists at all, then it is an illusion created by the mind.

This theory states that, before any physical manifestation, there should have been a mental conception. Thus, ideas are conceived before they are transformed into reality.

To illustrate, close your eyes for 5 (five) minutes and begin to form mental images of what you want. Write down what you see.

Neutral monism postulates that there is no mental or physical substance but a neutral substance that has both mental and physical attributes.

If we go by this theory, it means that man has another entity within him that is neither the mind nor the brain, but “unknown” which thinks and brings it to pass.

This theory, therefore, says invariably that man is not responsible for his/ her failure or success but the “unknown” substance in him/ her brings success or failure.

This theory generally tells us nothing about creativity or becoming creative. If another substance is responsible for thinking and execution, then, man has no business in life. Because he is solely dependent on such substance.

In an attempt to explain that mental states and consciousness cannot be completely reduced to the physical state alone, dualism emerged.

Dualism separated the mind from the body. According to Descartes, the mind constitutes a different substance. And its functionality cannot be completely explained with reference to physical occurrence alone.

He separated the functional role of the mind from the brain by identifying the mind with consciousness and self-awareness and the brain as the seat of intelligence.

Descartes noted that the mind is able to engage in rational thought, feeling, imagining and will.

There is three (3) major school of thoughts in dualism. They include a

This theory explains that mental state such as beliefs and desires have the power to produce material substance. This simply means that you receive what you believe, or that your desires can become a reality.

Descartes noted that there is a causal interaction between the mind and the body, which usually takes place at the pineal gland.

This theory implies that knowledge, desire, and belief can produce material substance.

How does it help in creativity?

In creativity, this creative theory of the mind suggests that your knowledge can help you develop ideas.

But these ideas cannot be actualized except if you believe. But if you fail to believe, these ideas may not materialize.

This also is the birth of FAITH and the Power of Positive Thinking.

Hence, this implies that if you must receive what you believe or desire, God or a kind of divinity must intervene.

In creativity, this theory tells us that our ideas cannot materialize except if divinity sets it in motion. Yet it permits us to think out new ideas but to trust the divinity to intervene for our ideas to become a reality.

Parallelism rejects the interaction between the mind and the body but it does not reject the intervention of God.

According to Gottfried W. Leibniz, God has preestablished harmony between the mind and body, yet, both are independent of each other.

In other words, mental states result in mental effects while the physical state has physical effects. But because of the harmony established by God, it seems that each one causes the other.

Substance dualism introduced theology in explaining its theories. It recognized the existence of divinity (God); a supernatural being that brings harmony between the seen and the unseen.

According to these theories, the supernatural is central. He brings harmony or intervenes to bring our thoughts, imaginations, beliefs, and desires to reality.

This theory is also called Epiphenomenalism. It asserts that a mental state is a resultant effect of physical causes.

By implication, imaginations, desires, beliefs, have no power in a physical manifestation. However, a slap will produce a mental state of pain and anger.

This theory states that behaviours are formed based on impulses received in the brain, and these impulses are transmitted to the brain through the sense organs (eye, ear, nose, tongue, and skin).

For example, if you are angry, it is because your brain received a signal. This signal usually comes from what you saw, heard or felt.

The case of Creativity

This theory indicates that ideas are formed based on physical occurrences which are usually through observations and feeling.

However, observation does not bring new ideas but gives insight into improvement and innovations.

I believe that new ideas and inventions are by-products of imaginations, which are mostly mental occurrences.

This theory is simply the opposite of eliminative materialism. It asserts that “common sense” cannot be eliminated when describing the mental states.

In other words, we may fail to give the exact explanation of mental state or physical occurrence due to lack of appropriate language to provide the explicit description.

This means that certain assumptions or standards were right, but due to faulty language, these assumptions could not be correctly interpreted.

From the foregoing, we understand that the mind is related to the brain. Even without the theories, ask yourself these questions:

Whether monism or dualism is right or wrong, we know that the brain is the hardware or body and the mind is software or immaterial, but both functions together for maximum intellectual output.

This intellectual output could be logical or creative, it could be innovation or invention. It could be material or immaterial.

When every immaterial intellectual property becomes material, there is an improvement in the living standard of the society.

In each of these theories, the most important is to think creatively and bring your ideas to reality.

If divinity is important in the manifestation of our ideas, then, we should not neglect Him. If existing standards and assumptions are defeating our ideas, we should verify their truthfulness.

Do not leave any stone unturned, work, be creative, take control of your future. 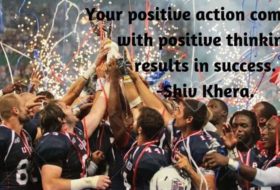 Discover the Key to Success: Build your Mental attitude Now 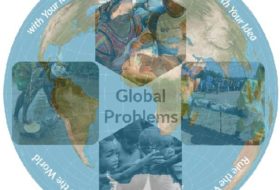 The Next Big Idea Behind Global Problems You Must Know 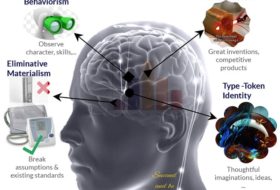 How Theory of the Mind can Boost your Success