In our previous post, we introduced @media rule. In this post, we are going to give detail of media query breakpoint and responsive web design.

When using media query, we can target 3 different things:

To use the media query (@media property), the syntax is as follow for each:

These are categories of devices that should be targeted. Media type could be any of the following:

all – Used to target all devices

screen – Is used to target different sizes of screen

These refer to the characteristics or attributes of the devices used by the users to access the web page. They are always enclosed in parentheses. The following are some of the media features that can be included in the @media rule-set.

aspect-ratio – is used to specify the width/height aspect ratio of the device’s viewport. Its value is in units of length. It can also take a min/ max prefix.

width – is used to target the width of the device’s viewport. Its value is in units of length. It can also take a min/ max prefix.

height – is used to target the height of the device’s viewport. Its value is in units of length. It can also take a min/ max prefix.

orientation – is used to target the orientation of the device’s viewport. Its value is either portrait or landscape.

resolution – is used to target the pixel density of the user’s output device. Its value is in dots per inch (dpi) or dots per pixel (dppx).

scan – used to target the scanning process of an output device.

grid – used to target a grid or bitmap screen device. Its value is either 1 for grid devices or 0 for other devices.

color – used to target the bits per color component of the output device. The value is an integer.

color-index – used to target the number of entries in the user’s output device’s color lookup table. Its value is an integer.

color-gamut – used to target the range of colors supported in the user’s output device.

monochrome – used to target the number of bits per pixel in the user’s output device’s monochrome frame buffer. Its value is an integer. It is 0 if the device is not monochrome.

display-mode – used to target the display mode specified in the web app manifest.

pointer – used to identify whether the primary input mechanism is a pointing device.

hover – used to determine if the primary input mechanism allows users to hover over an element.

not operator – This operator is used to execute the opposite of @media query. The not operator turns a TRUE query to FALSE and a FALSE query to TRUE.

This example implies that the query will evaluate if the min-width of the device’s viewport is NOT 768px. In other words, it applies to devices whose viewport is less than 768px.

This query will execute only if the entire query matches. That is, target device screen must be less than 768px.

“,” (comma) operator – This operator works like an or operator. It is used to combine media types or combine separate queries as one. When the “,” operator is used, any of the queries that are true are evaluated.

Let us try to resize the above window to adjust the viewport. The output will look horrible. Text and image will combine together so that you cannot read through the website.

Notice also that the contents overflowed its container as well as overlapped each other.

To make our site above responsive, we shall add the following CSS using @media rule as follow:

You can copy the codes to your editor and save the CSS and refresh your browser. Then try resizing the browser window again, you will notice that the site will quickly adjust depending on the viewport.

The important part is to look at the contents you want adjusted when viewport changes. If you are able to know this, you have learnt how to build a responsive website using media query breakpoint.

We can also create a media query using the @import at-rule set. We use the @import to import a stylesheet that has styles for different media.

It is important to note that when using the @import, we must specify the @import statements at the beginning of the stylesheet.

The imported stylesheet contains the styles that will be applied to the devices based on their specification.

This is where we will stop in creating responsive web design using media query breakpoint. You can learn more by taking the full course here.

Next, we will discuss web fonts.

How to Design a Responsive Web Layout using @Media Rule 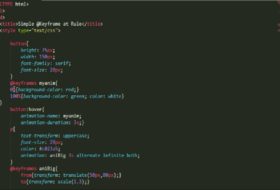 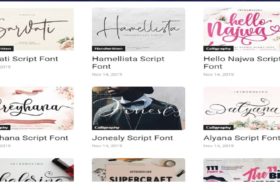